Today we have for you a wonderful gift – a free quest map for your adventure-hungry heroes crafted by our very own Doug Hopkins, designer on the HeroQuest Game System. This quest map will allow you to expand the HeroQuest experience while adding a few wrinkles that all you Zargons out there might enjoy. 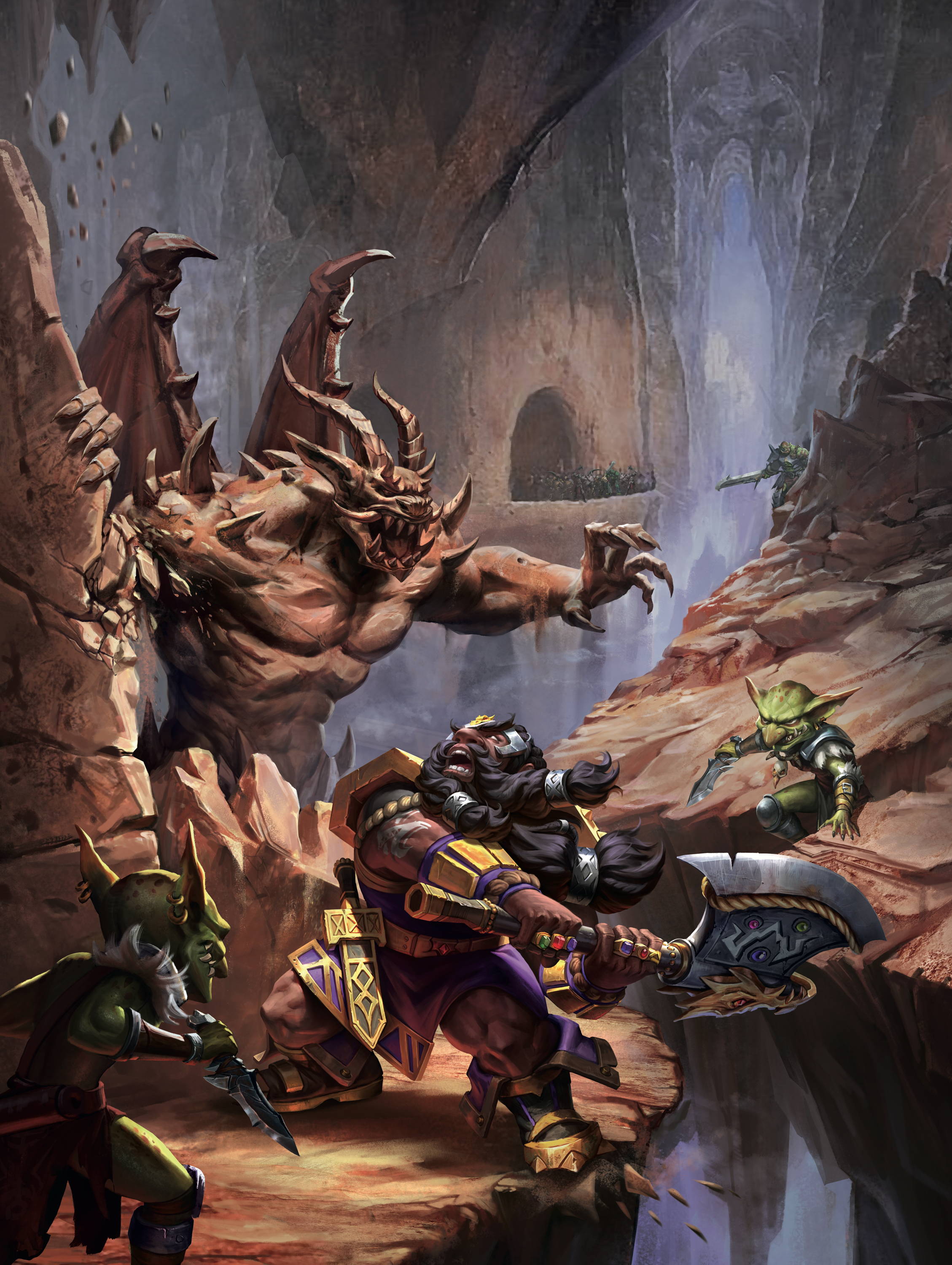 We asked Doug about his inspiration for this map, and here is what he had to say:

“We wanted to provide an opportunity for experienced heroes (who completed the core system quest book) to connect to our Kellar’s Keep quest pack. Allowing them to tell the story of their journey to the Great Gate seemed like it could be a lot of fun. If our heroes want to pass through the World’s End Mountains they will need to enter the Forsaken Tunnels of Xor-Xel in this dangerous quest. Are you up to the challenge? The quest is calling!”

That means this mission is intended to be played after the core quest book. The heroes have braved Mentor’s various tasks and have been awarded the title of “Champion” by the King, but new dangers have emerged! Mentor has informed the heroes that the King and what remains of his army have been trapped in the ancient dwarven stronghold of Kaba Karn, under siege by Zargon’s forces. Time is of the essence if the heroes hope to save the King, and the only available entrance into Kaba Karn is the Forsaken Tunnels of Xor-Xel.

If the heroes are brave enough to face this challenge and are successful, then the story may naturally progress into the quests provided in the Kellar’s Keep expansion! But keep in mind this is no easy feat, as the dark tunnels hold many Dread secrets.

You can download the Forsaken Tunnels of Xor-Xel by clicking on the link below to continue your HeroQuest adventure.

As Doug said, the quest is calling!

Note, this adventure requires the HeroQuest Game System to play. You can pre-order your copy of HeroQuest on Hasbro Pulse today!