X-Men #102 features an epic battle between the X-Men and Professor X’s evil stepbrother, the Juggernaut.  Hulk #181 marks the debut of Wolverine (“The World’s First and Greatest Canadian Superhero”). 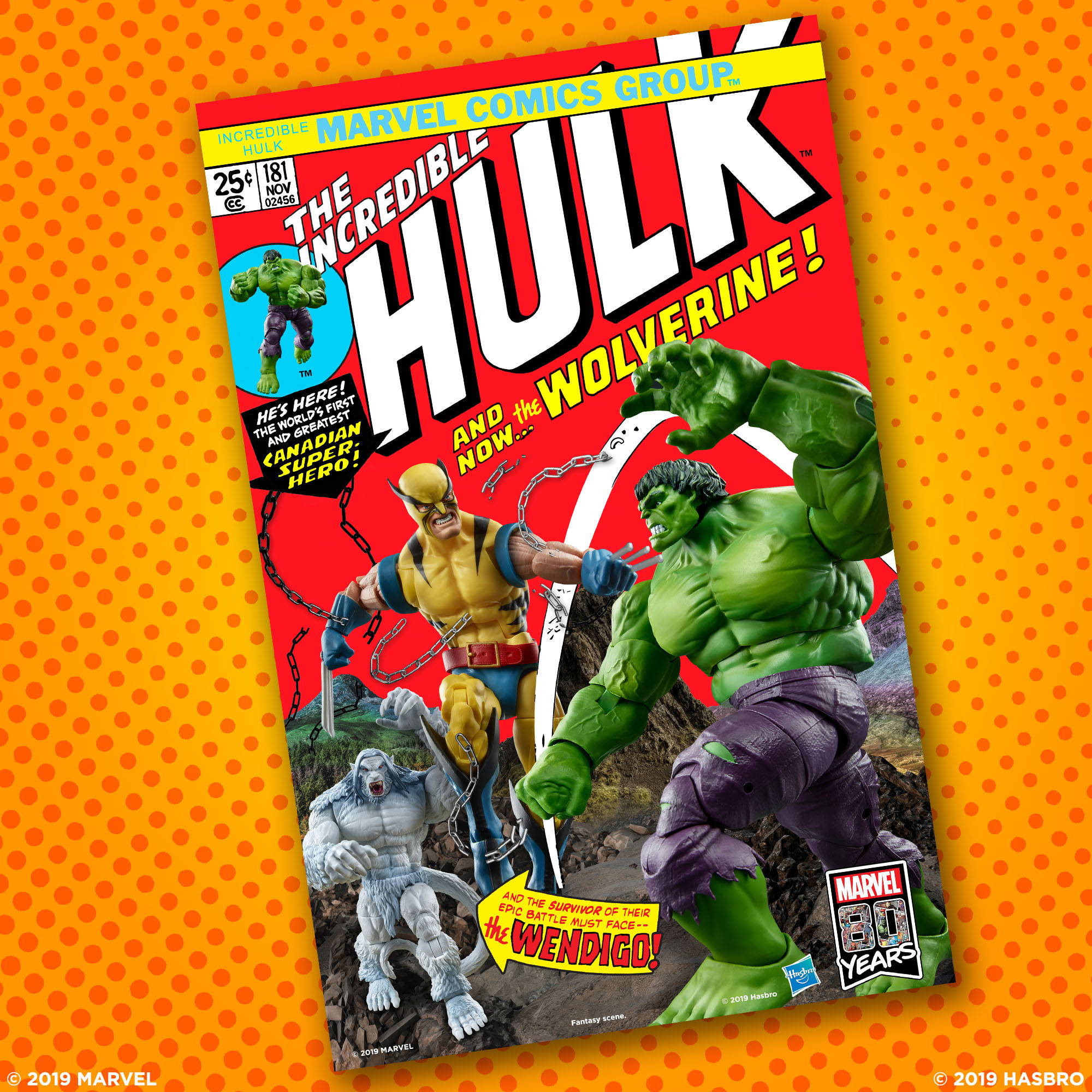 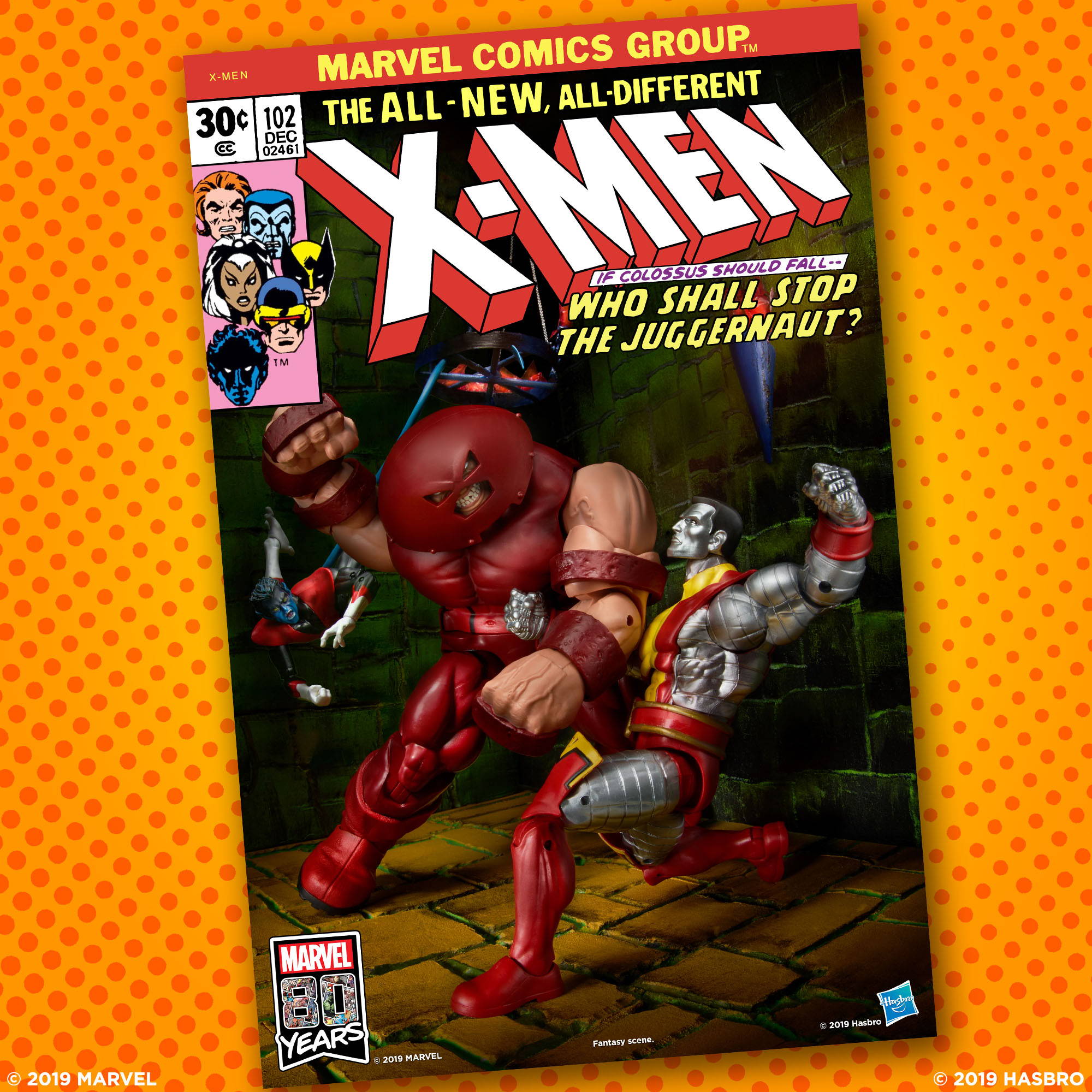 How It Was Done

The photographers began by twisting their figures into fierce battle poses. “An illustrator has ways to contort figures any way they want. It’s a different medium with toys, so we were pumped to take on the challenge,” says Matt, a Hasbro photographer who shot the Hulk cover.

But the story doesn’t stop at the figures. The team would have to custom build the backdrops for these epic showdowns themselves. Fortunately, they had plenty of experience thinking on the fly.

“Our photographers were constantly adapting. It was awesome working with them,” says Dan, a member of Hasbro’s Marvel Brand Team who worked on the project.

The team used foam rock and some actual rock for the Hulk cover. For the X-Men castle set, they used styrofoam cones, spray paint, and other props available in the photo studio. They even used a boutonniere to re-create the torch on the wall.

“I do like the little details,” says Rachel, who has been with Hasbro for 5 years. She constructed the set’s chandelier by hand and garnished the “torch” with a piece of Hawaiian lei to add some “flames.”

All in all, it was another exciting day at work in the photo studio.

““Growing up I was a huge Wolverine fan,” says Matt. “Capturing that image of him flying through the air, ready to fight, that was such a fun image to shoot. It was a really cool assignment,” says Matt. 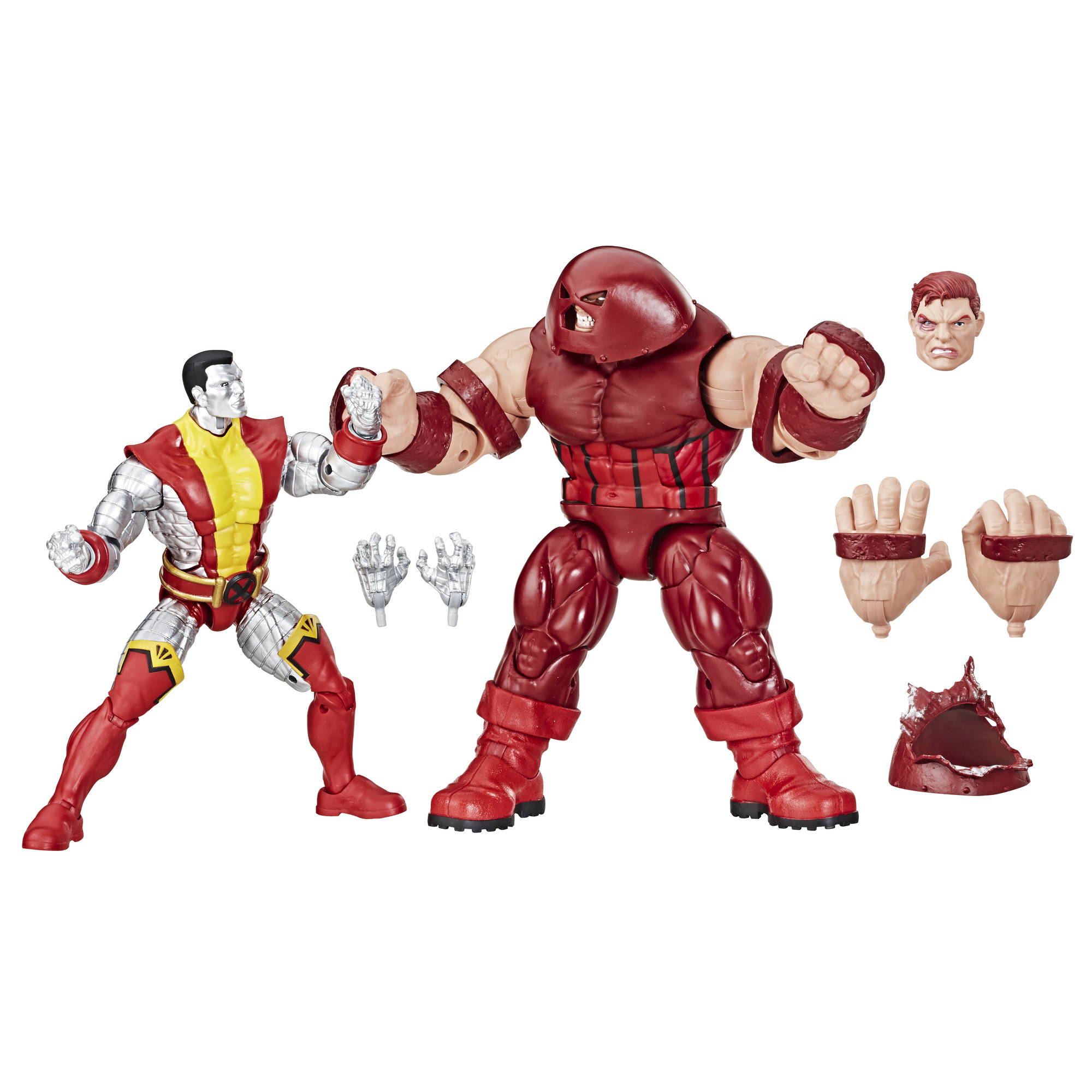 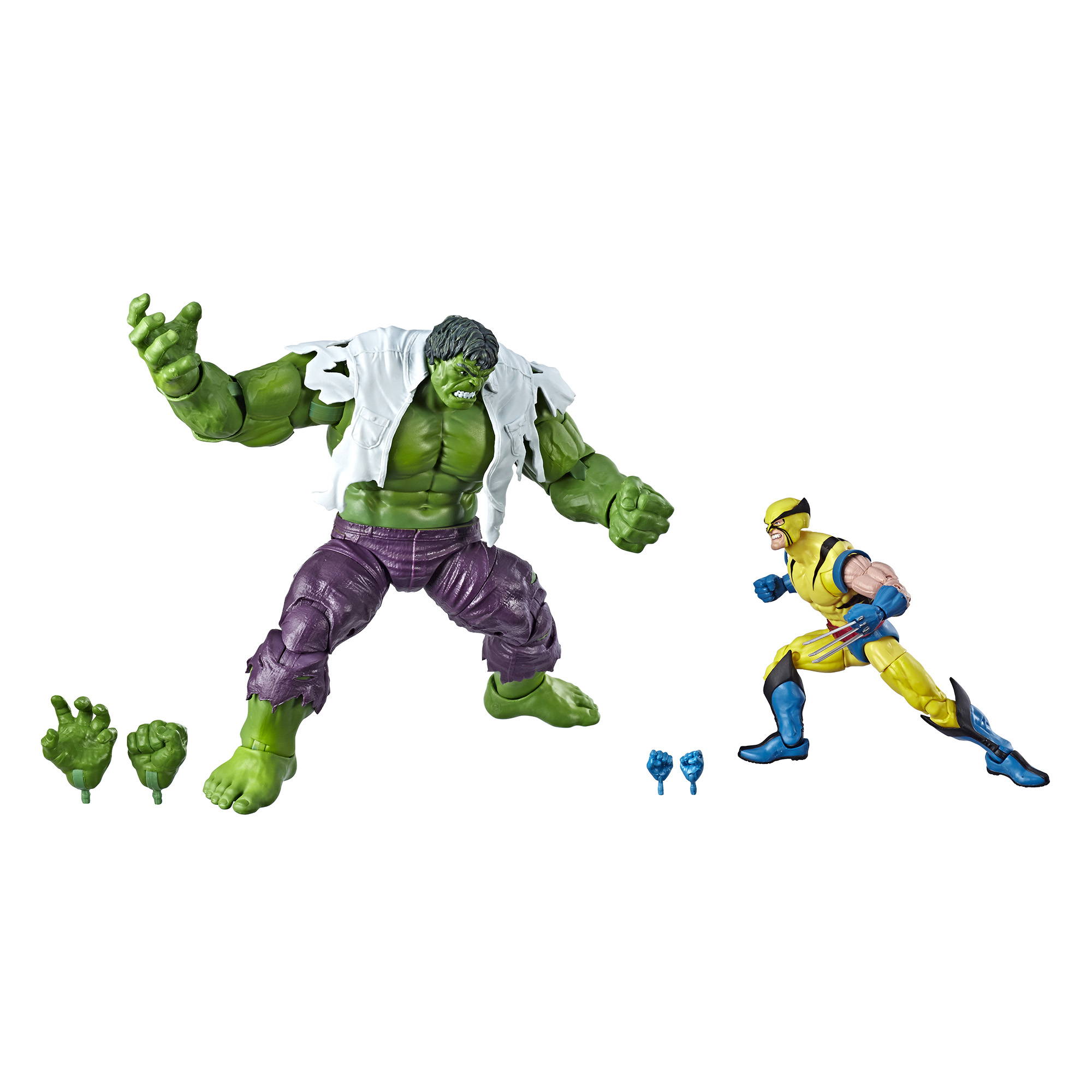 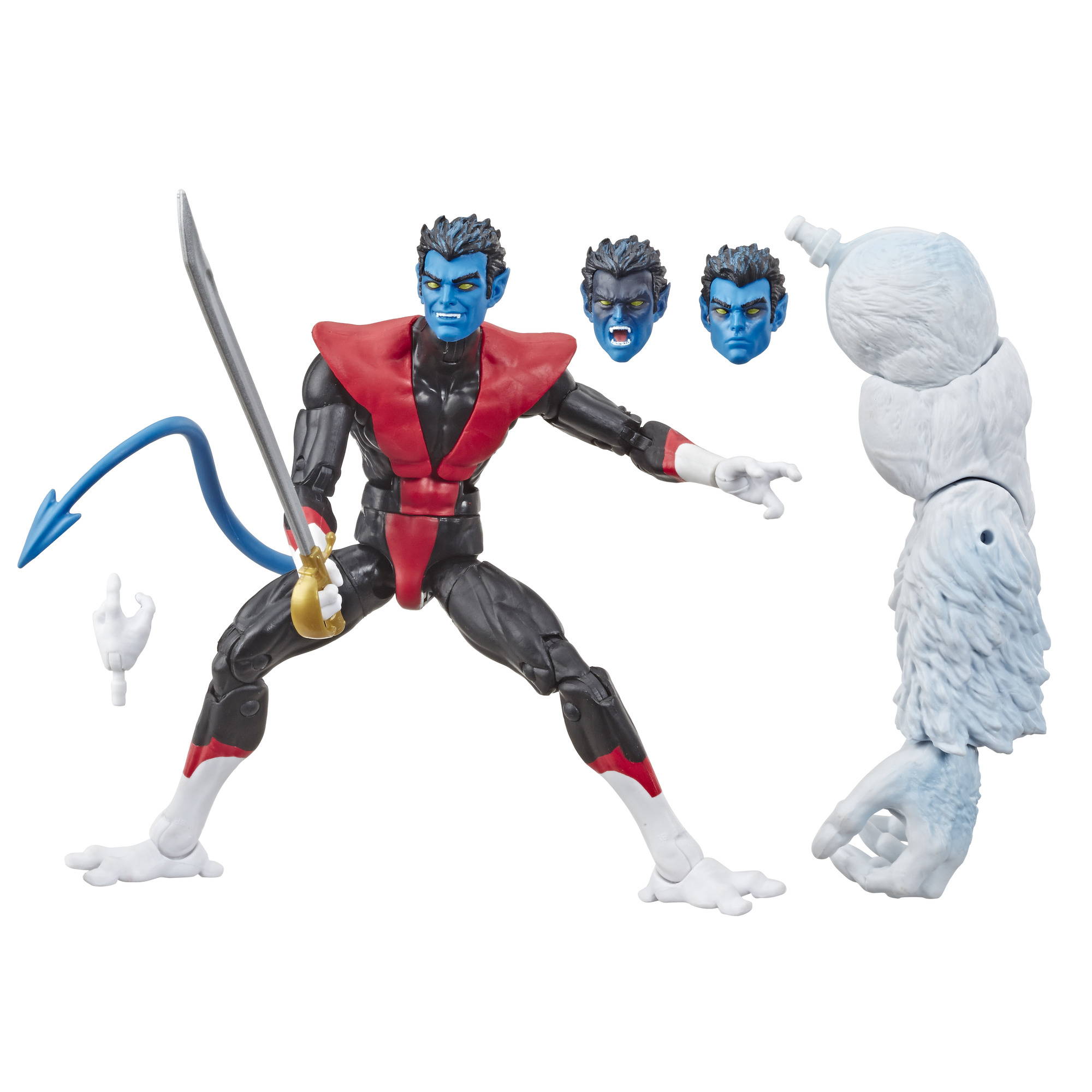 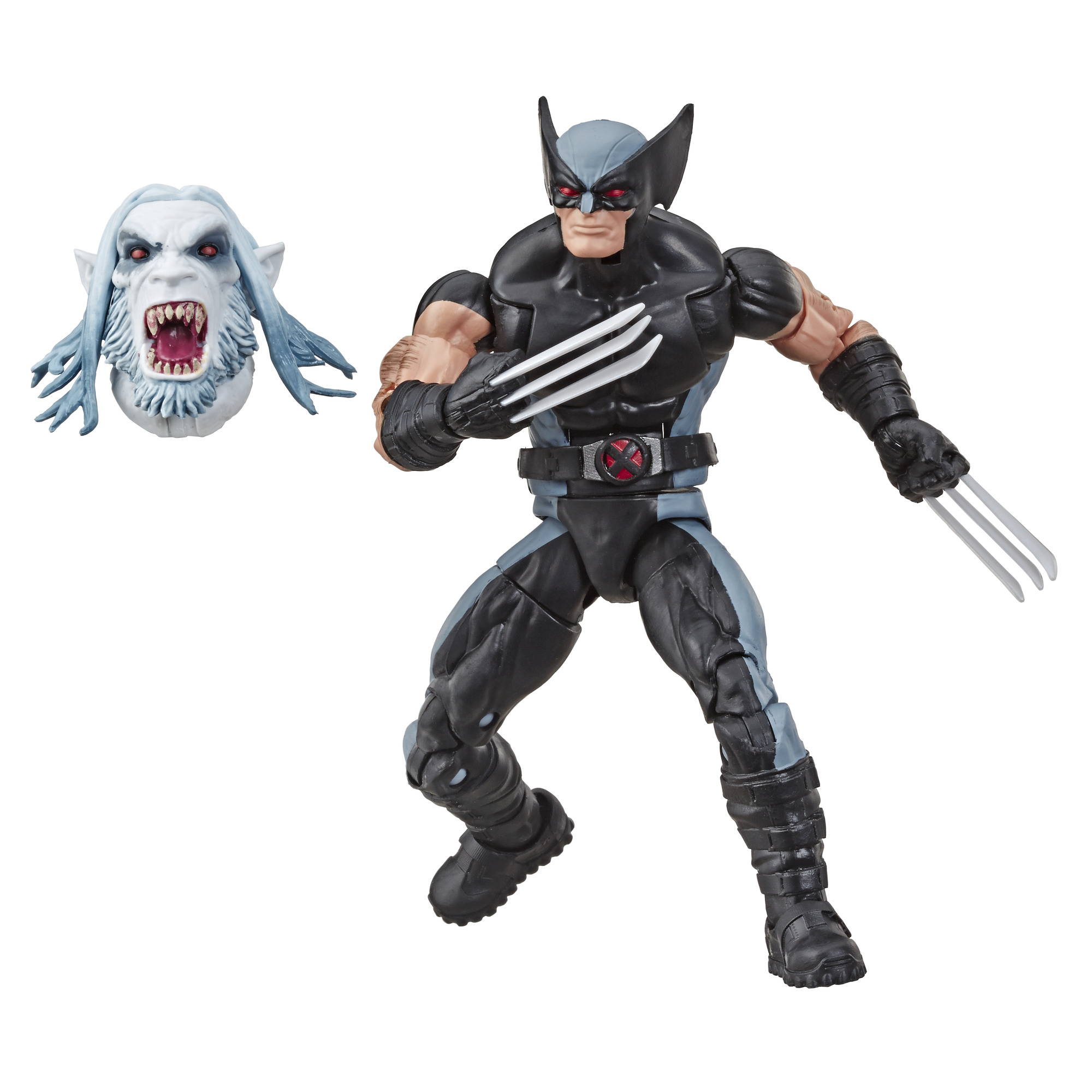