Ever wonder what would happen if the Autobot Dinocassettes Noizu and Gurafi teamed up to take on the destructive Decepticon Frenzy in an epic mini-cassette battle? Now, you can find out. Inspired by their 1987 G1 releases, Noizu, Gurafi, and Decepticon Frenzy form an exclusive 3-pack you can only find on Hasbro Pulse.

The Noizu and Gurafi figures have not been released since their original 1987 debut, and have never been released in the U.S…until now!

With this rerelease of Noizu and Gurafi figures fans can complete their dinocassette collection, as this comes after the 2018 rereleases of Dairu and Zauru figures. 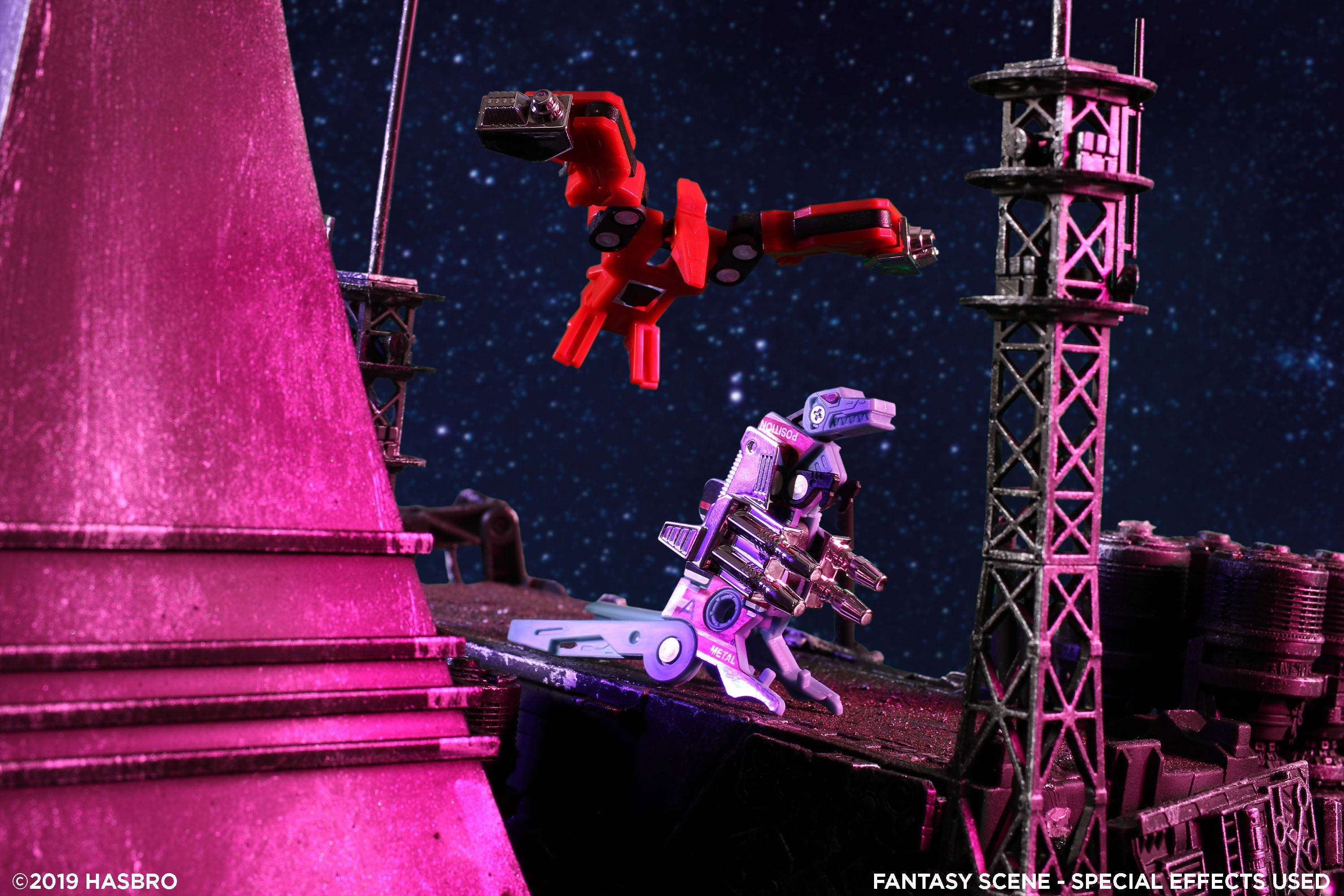 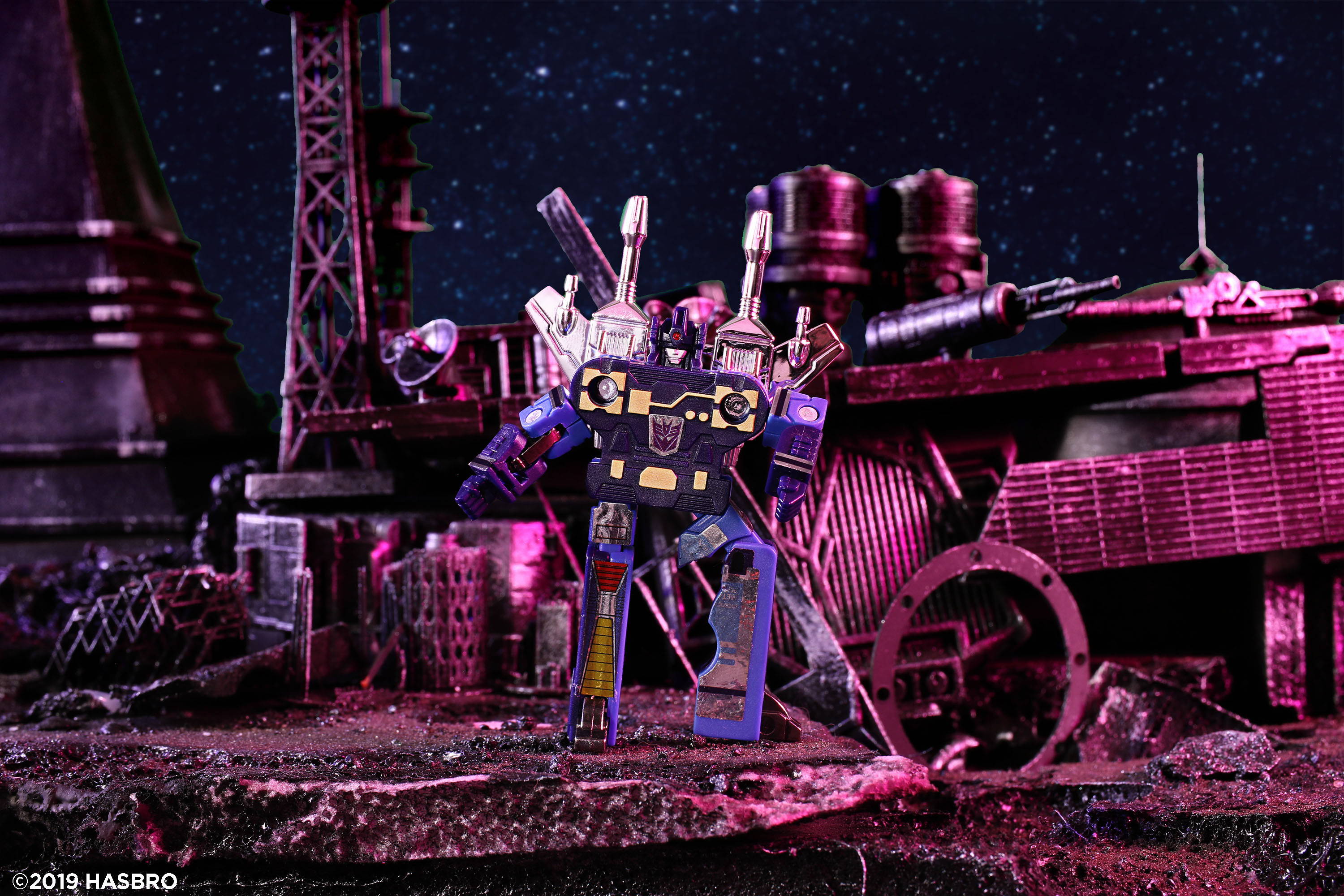 Who will claim victory?

Of the Dinocassettes, Noizu is the most easily goaded into battles that he is ill-prepared for. To help reduce his stubbornly violent nature, he is paired with Gurafi, the calmest and most level-headed of his teammates.

But despite the influence of Gurafi, when the war-hungry Frenzy seeks to satisfy his craving to spread fear and destruction, it is all too easy for him to instigate a fight with the unruly Noizu.

In battle, Noizu is slow and cumbersome, but possesses extremely powerful fangs and claws. Frenzy is physically weak, but can roll his drums to produce a high-pitch grating sound of 200db that disorients and disrupts the electrical flow in his opponents' circuitry. The only way his manic attack can be countered is with cool logic.

The fast-flying Gurafi is both composed and perceptive. Can he determine a way to defeat Frenzy before his attack causes both he and his partner to malfunction?

It will take both speed and strength to outmaneuver their foe. When Noizu and Gurafi combine together they form the swift and powerful Decibel! But is it enough to defeat the fiercely destructive Frenzy? 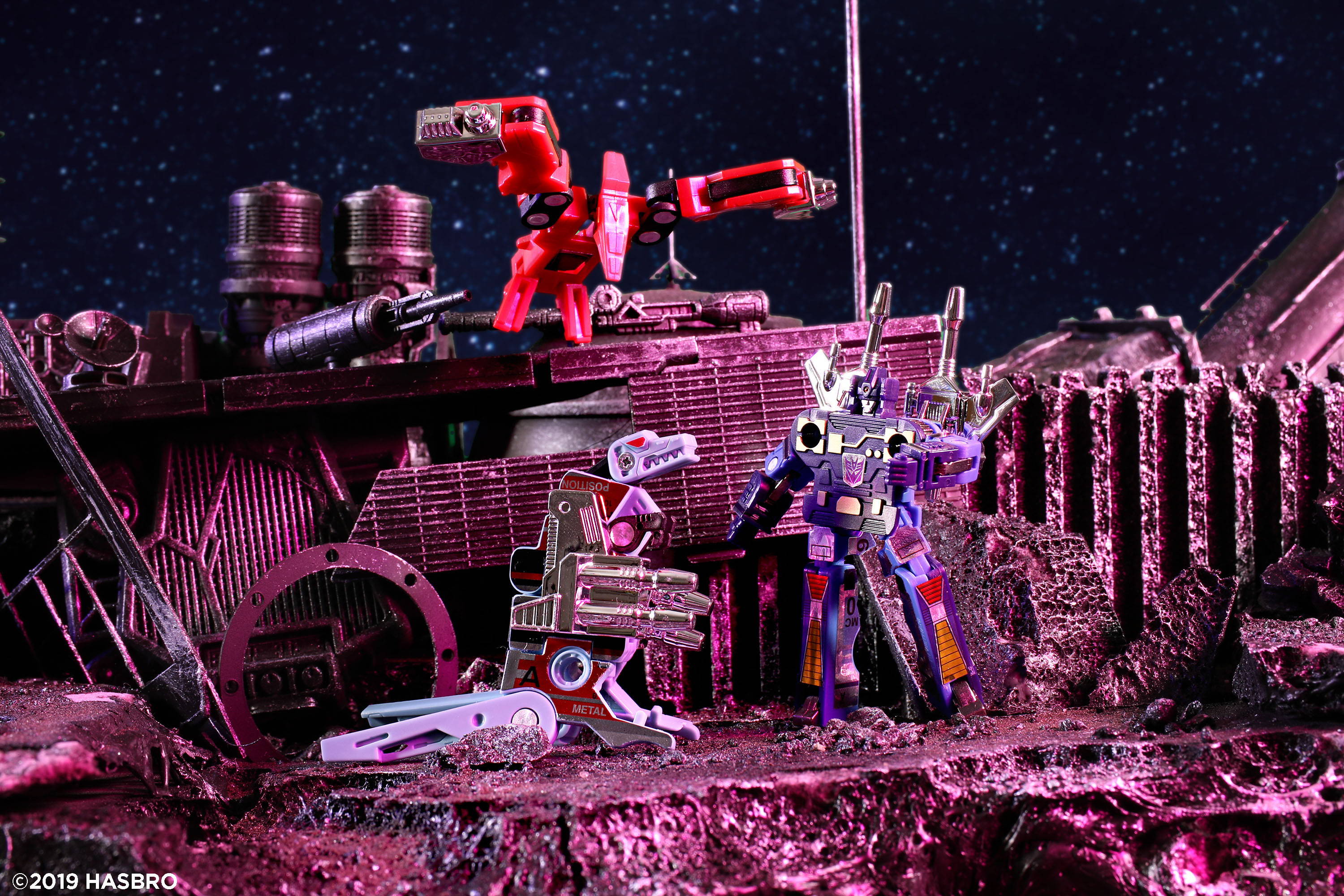 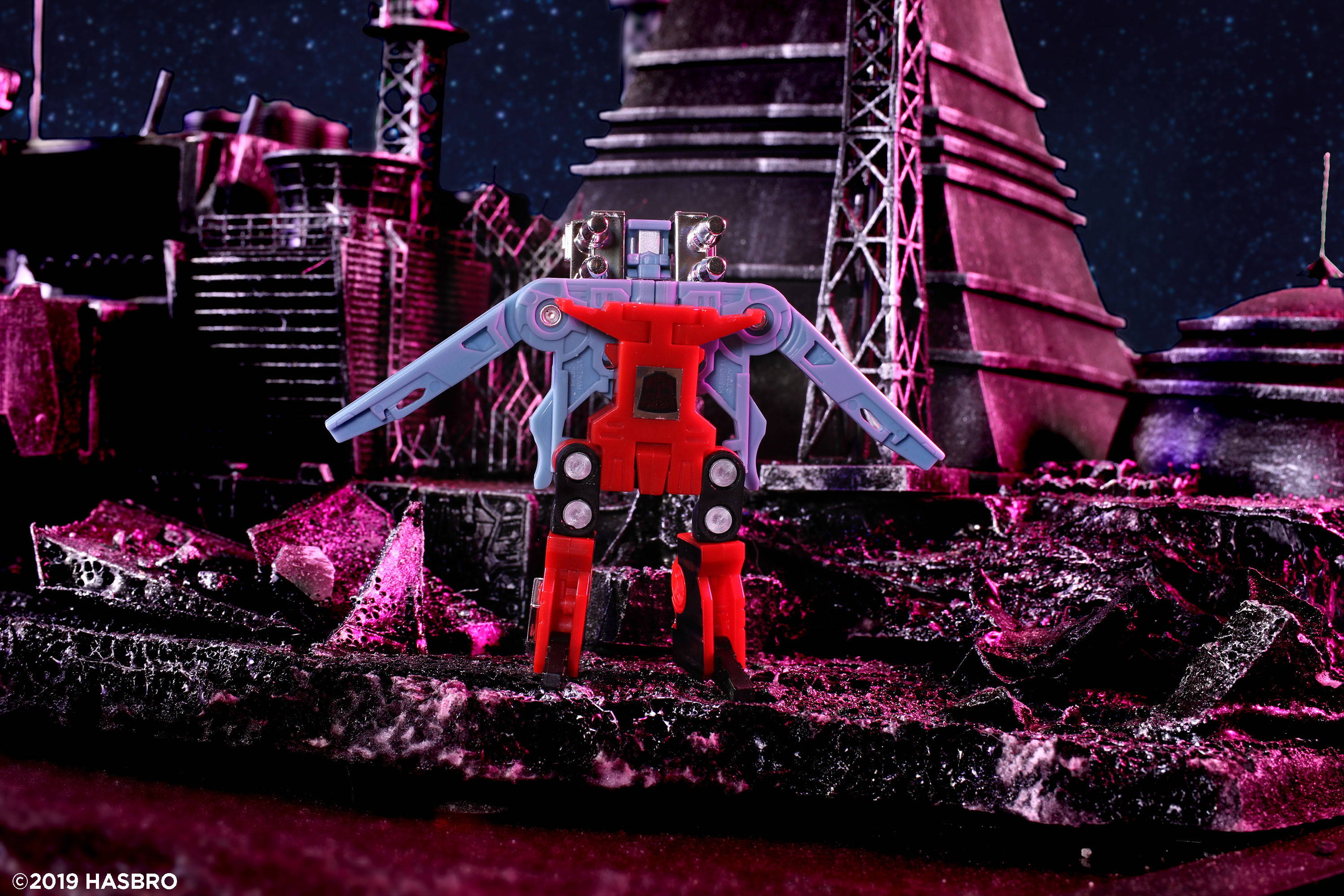 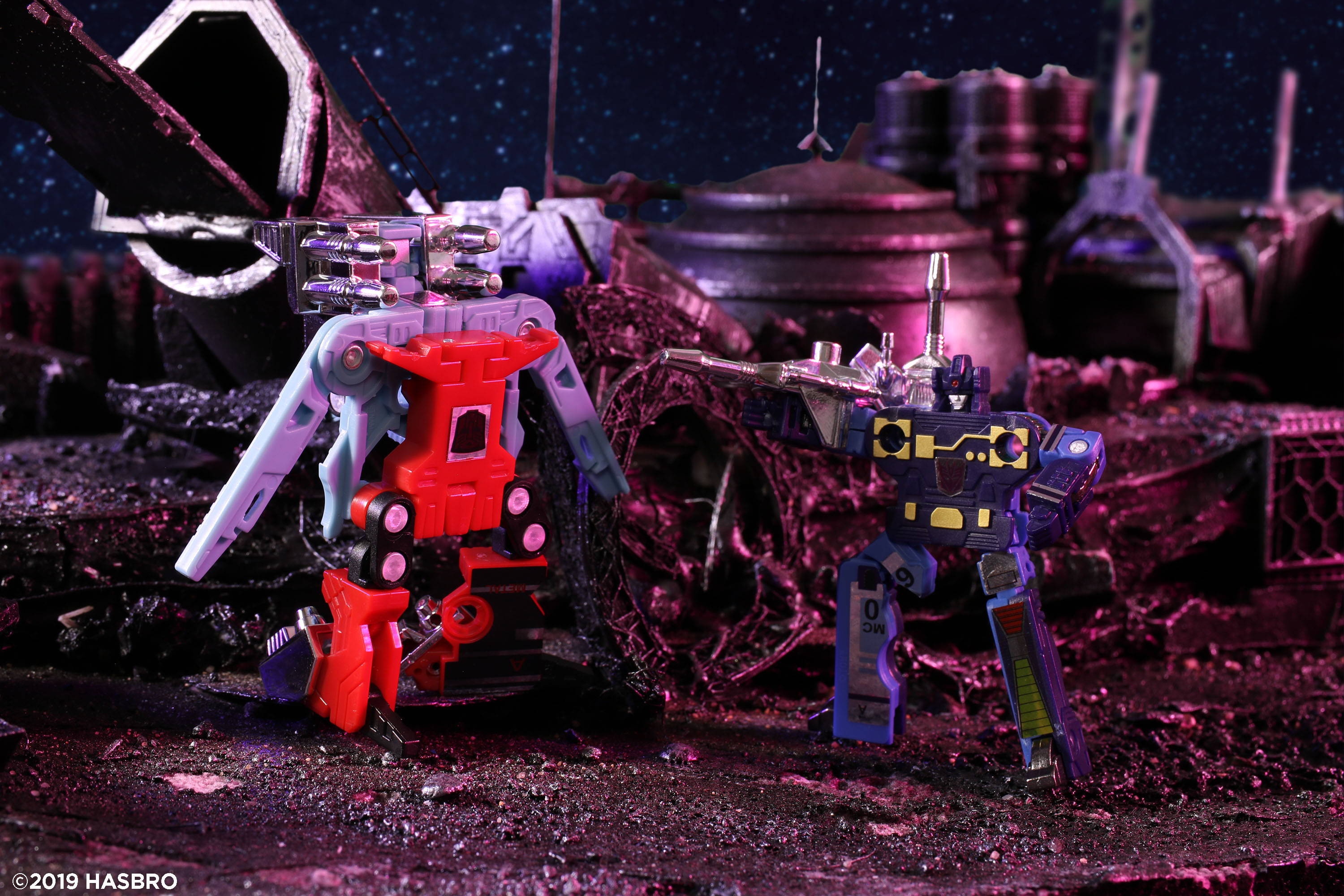 Experience the figures that started it all. These Transformers: Vintage G1 Mini-Cassette 3-Pack figures are designed like the original G1 versions -- including figure styling, packaging, and art inspired by their 1987 G1 releases. 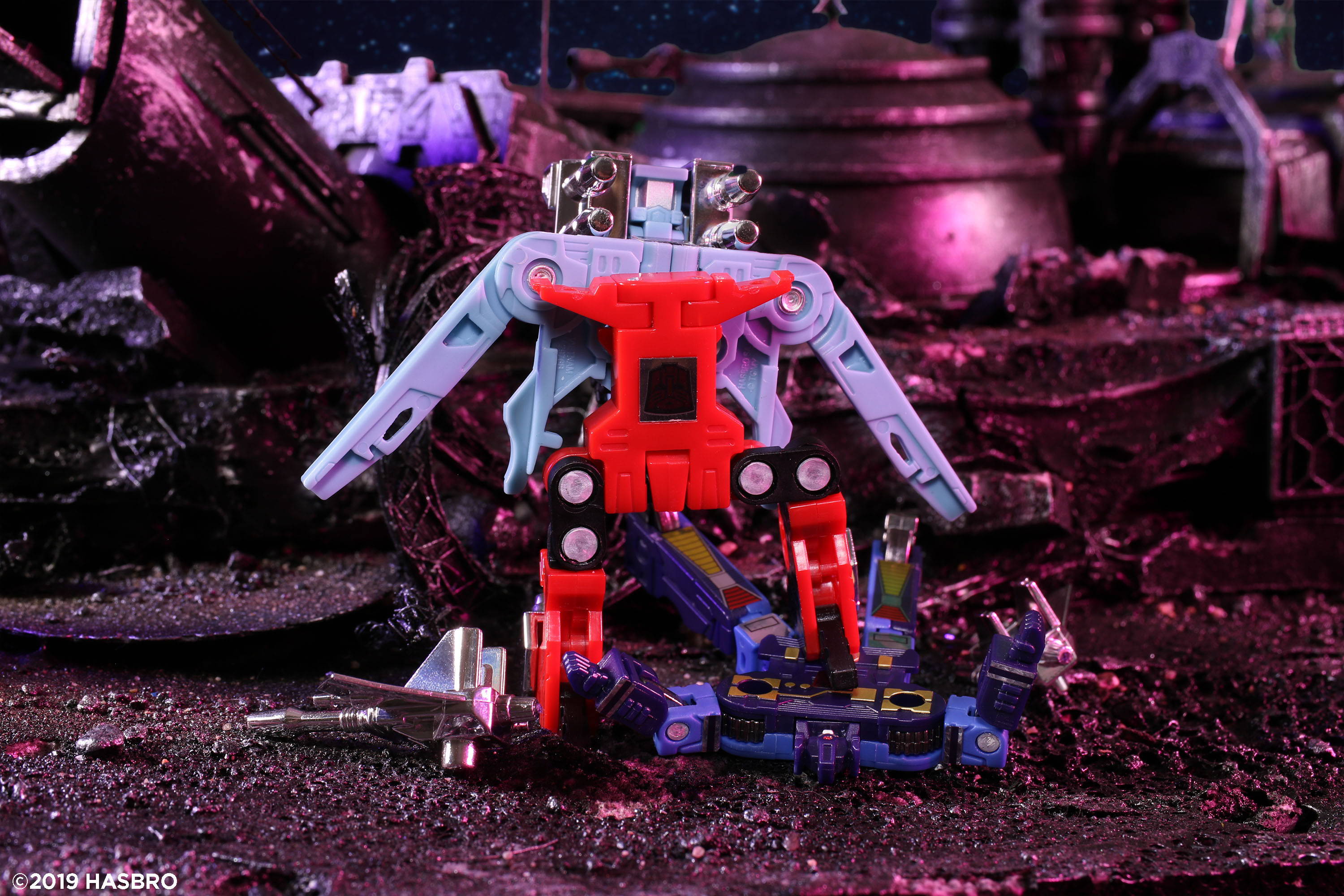 Inspired by the original G1 packaging, this 3-pack features the original G1 Transformers logo, character art, and classic Autobots versus Decepticon battle scene. The complete tech specs for all three figures are included on the pack in the classic G1 style fans know and love. 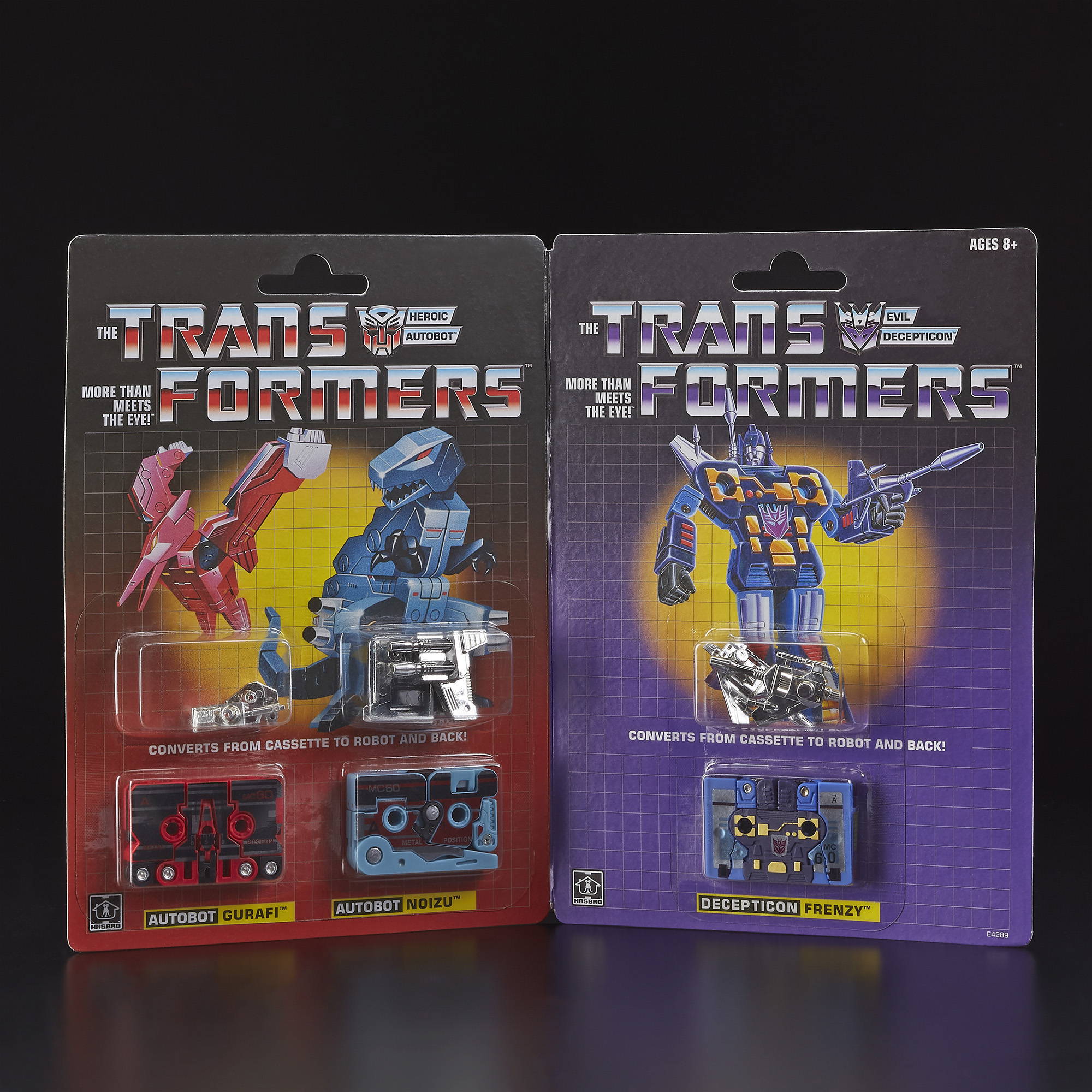 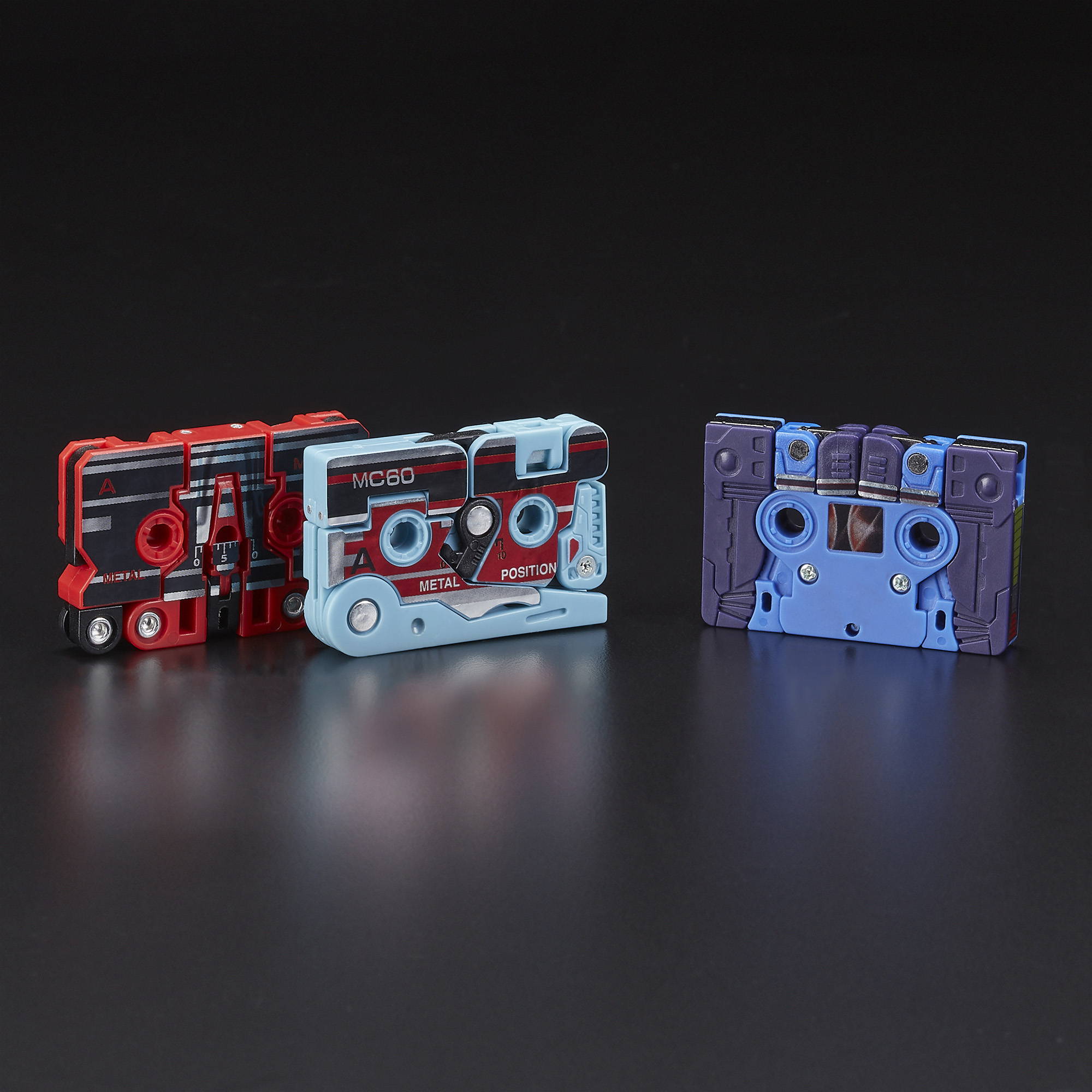 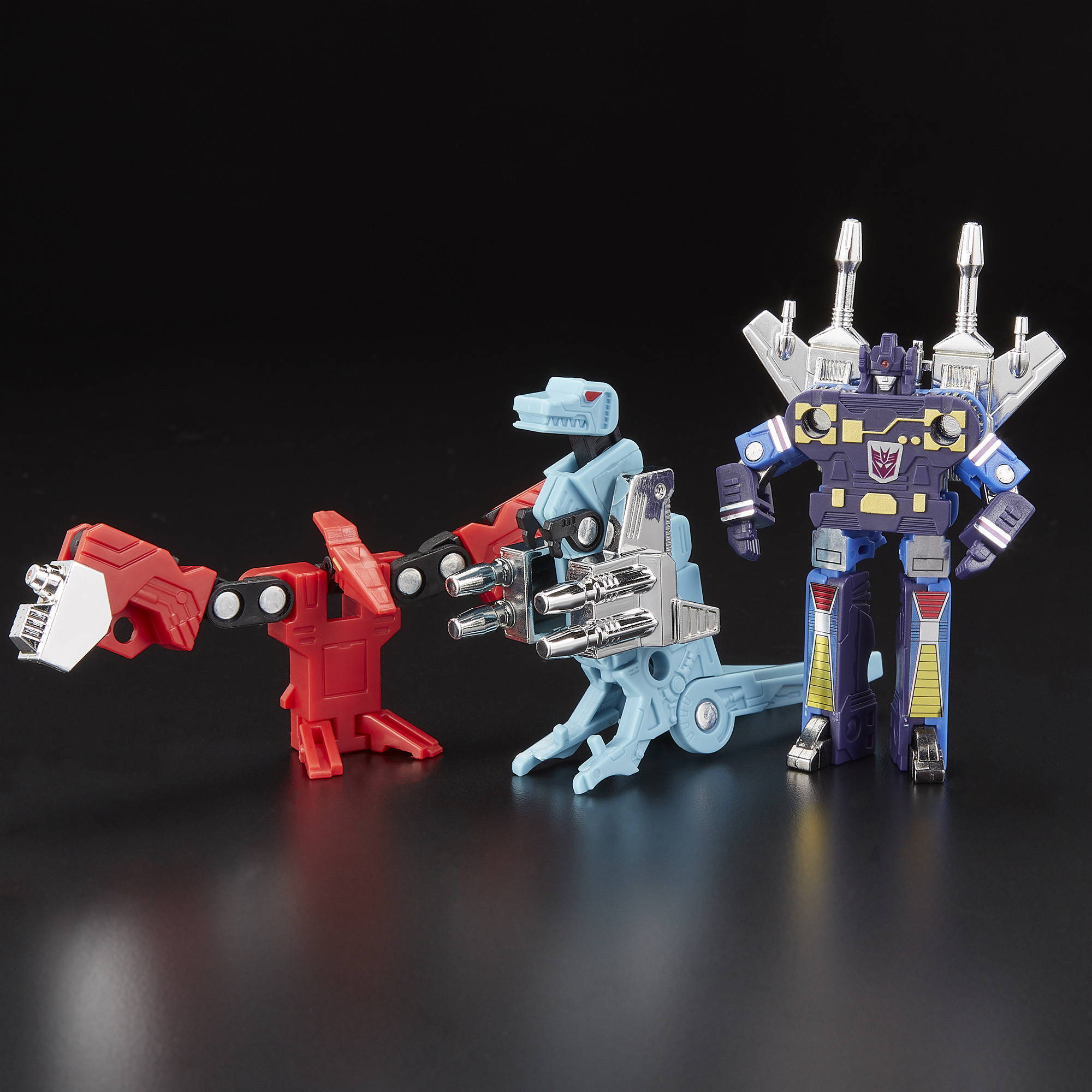